Death Cab for Cutie have announced a deluxe reissue of their 2001 studio LP The Photo Album. The remastered, 35-track edition marks the 20th anniversary of the record, and will include studio outtakes, unreleased songs, rarities, UK B-sides, demos, a cover of Björk’s “All Is Full of Love,” and more. It arrives October 29 on digital platforms, while vinyl will arrive in spring 2022 via Barsuk. Today, the band has shared its original demo of “Coney Island.” Check it out below.

“It’s very indicative of the process we were employing at that point, which was to deconstruct something and build it completely back up,” Benjamin Gibbard said in a statement. “In that particular case, it made the song a lot more interesting and gave it a nice flavor and a loneliness that sits well on the album.”

Revisit “Death Cab for Cutie, Seth Cohen and the Indie Influence of the Teen TV Soundtrack” on the Pitch. 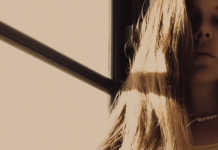