Kanye West premiered Donda during a listening event at Atlanta’s Mercedes-Benz Stadium on July 22. The event streamed on Apple Music, too, and, according to TMZ, it broke the Apple Music Global Livestream record, with 3.3 million viewers tuning in to watch.

The album that West played in Atlanta featured his reunion with JAY-Z, plus contributions from Pop Smoke, Travis Scott, Pusha T, Baby Keem, Lil Baby, Lil Durk, and others. It also included “No Child Left Behind,” which appeared in a new Beats ad starring Sha’Carri Richardson. The Donda event also reportedly prompted the City of Atlanta to proclaim July 22 Kanye West Day.

In the months between releasing Kids See Ghosts and Jesus Is King, West teased and eventually announced the release of an album called Yandhi. The initial release date was confirmed as September 29, but the record never materialized. Yandhi then faced more postponements and setbacks. West eventually took to Twitter to say: “I realize the new album I’ve been working on isn’t ready yet. I’ll announce the release date once it’s done. Thank you for understanding.”

While West’s album appeared to be shelved, the rapper ventured into the world of opera, debuting two pieces—Nebuchadnezzar and Mary—in 2019. He also traveled the country with his Sunday Service choir, performing at Coachella and numerous venues around the States.

Kanye West began 2020 with his Yeezy Season 8 fashion show. Later, in June, he released the single “Wash Us in the Blood,” featuring Travis Scott, and teased another album titled God’s Country. West appeared to abandon God’s Country and, instead, said he’d be releasing a record called Donda: With Child (or Donda) one year ago. No album was released. Amid the promise of music (and the actual release of the songs “Nah Nah Nah” and “Nah Nah Nah (Remix)”), West mounted his long-promised and ultimately ill-fated presidential campaign.

This past February, it was reported that Kim Kardashian filed for divorce from Kanye West, whom she married in May 2014. (Kardashian was present for the Donda premiere in Atlanta.) The following month, West won the 2021 Grammy Award for Best Contemporary Christian Music Album for Jesus Is King. More recently, West was featured on the posthumous Pop Smoke record Faith. The track with West is called “Tell the Vision,” and, notably, one of West’s Donda tracklists featured a song of the same name. 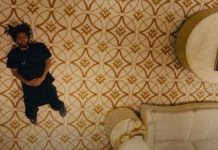 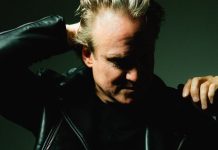