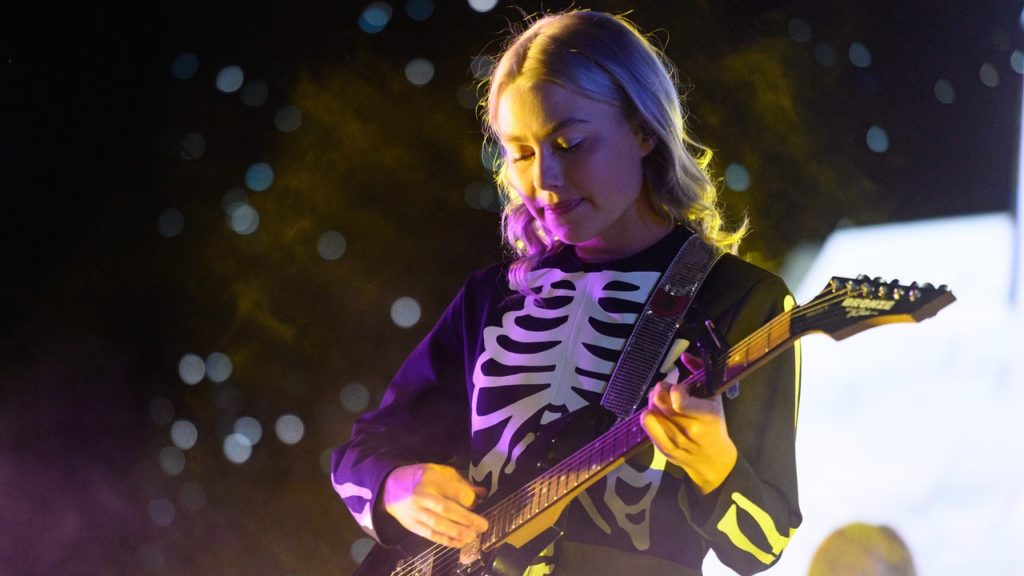 Phoebe Bridgers has been sued for defamation, TMZ and People report and Pitchfork can confirm. A producer named Chris Nelson, who owns a recording studio in Los Angeles, claims that Bridgers “intentionally used her high-profile public platform on Instagram to publish false and defamatory statements regarding [Nelson] in order to destroy his reputation.” He is seeking $3.8 million in damages for alleged defamation, false light, intentional infliction of emotional distress, intentional interference with prospective economic relations, and negligent interference with prospective economic relations.

In his lawsuit, obtained by Pitchfork, Chris Nelson says that, “in or around 2018, [he] and his girlfriend at the time… began having consensual sexual encounters with [Phoebe] Bridgers.” Nelson and his girlfriend broke up “in or around the fall of 2019,” according to the lawsuit, but Nelson says that Bridgers and the woman “continued their relationship.”

Another year later, Bridgers made “false and misleading statements about [Nelson],” according to the lawsuit, which reads:

In or around October 2020, defendant Bridgers published false and misleading statements about [Chris Nelson] on her public Instagram account, “@_fake_nudes,” stating: “I witnessed and can personally verify much of the abuse (grooming, stealing, violence) perpetuated by Chris Nelson, owner of a studio called Sound Space….”

(Phoebe Bridgers changed her Instagram handle from @_fake_nudes to @phoebebridgers earlier this year.)

In addition, according to the lawsuit, Bridgers allegedly directed her followers to Nelson’s ex-girlfriend’s Instagram account, where the woman claimed that Nelson “beat a young Latinx man to death,” “bludgeoned at least one other man with a baseball bat,” “defrauded [a] neighbor out of an estimated $100,000-$130,000,” and more.

Nelson “believes that defendant Bridgers maliciously and intentionally posted the false and defamatory statements about [him] as part of a vendetta to destroy [his] reputation that was enflamed by defendant Bridgers and [his ex-girlfriend’s] sexual relationship.”

Representatives for Phoebe Bridgers were not available for comment. Pitchfork has also reached out to lawyers for Chris Nelson.

Chris Nelson is not credited as having worked professionally with Phoebe Bridgers. Nelson is, however, a producer of It’s So Nice!, the 2019 debut album from Noël Wells, the musician, actress, and director well known for her role in the first season of Master of None.

Wells intentionally and willfully contacted a music artist manager (Tom Wironen of Friendly Announcer) with whom [Nelson] had a working, professional relationship stating falsely that [Nelson] committed an “incredibly predatory move on [her].” Defendant Wells also stated falsely that [Nelson] exhibited “incredibly predatory behavior… toward young females including young female musicians.” In making the false, defamatory, and misleading statements, Defendants Wells intended to interfere with and damage [Nelson]’s business and working relationship with the music manager.